Only 26 percent of the county’s land is privately owned. The other land is comprised of U.S. Forest Service, U.S. Bureau of Land Management, the State of Arizona and Indian Reservations. This low percentage of private land ownership was a significant factor in the decision by Arizona Eco Development L.L.C. to acquire the former Granite Dells Ranch and the Point of Rocks Ranch.

Nestled in the heart of Yavapai County, the land owned by AED is in a prime location for real estate development. Arizona, Yavapai County, Prescott, Prescott Valley and Chino Valley have grown rapidly over the last few decades and show no signs of slowing.  The natural growth patterns of Prescott, Prescott Valley and Chino Valley cross directly over the two ranches owned by AED. The goal of the project is to develop this land in the most sustainable way possible with the success of future generations in mind. 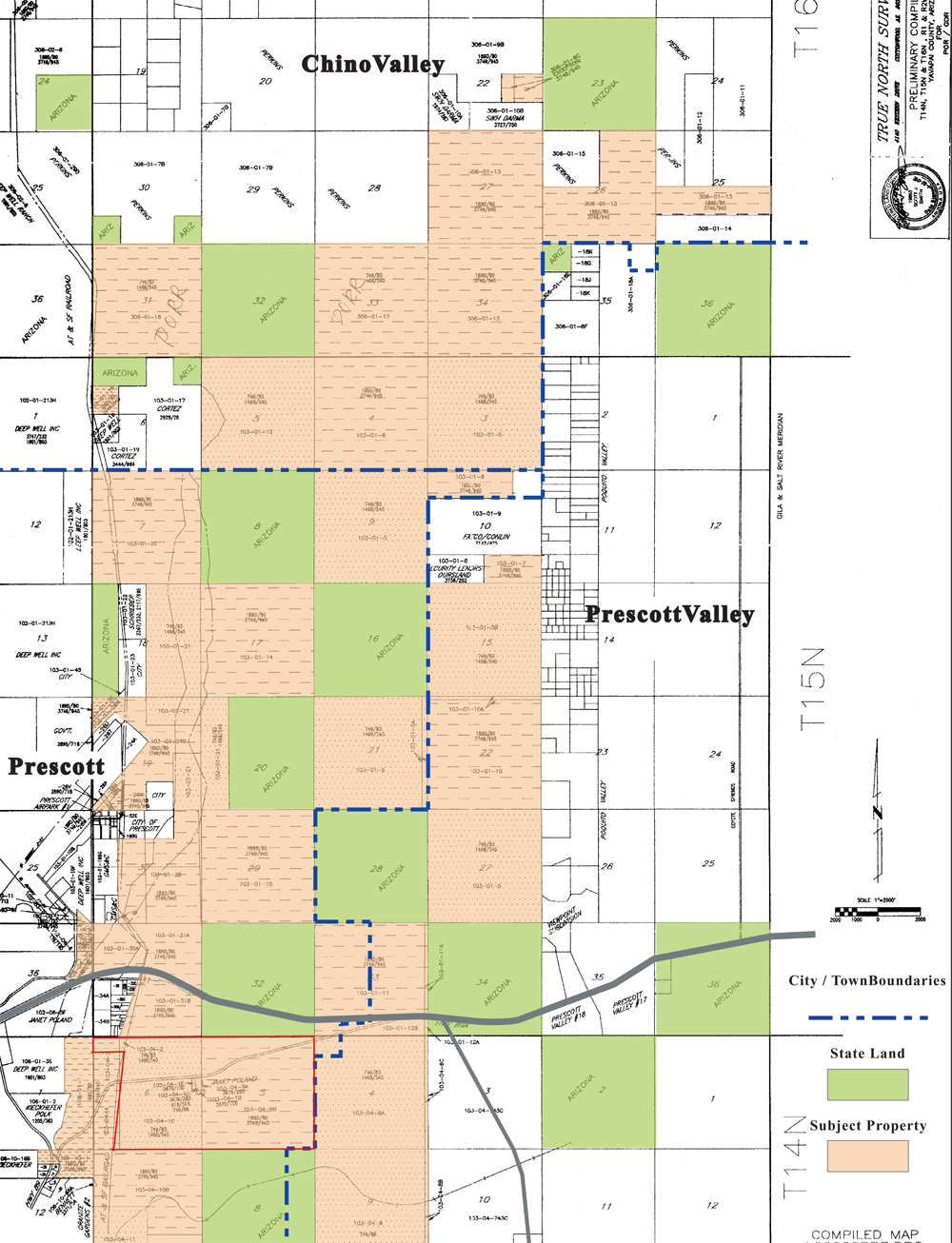 Like nearby Sedona, the Tri-City area produces the most moderate, least extreme, and most Northern California-like weather in Arizona.   Indeed, it is no accident that the ex-Californians make up a large swathe of the Tri-City’s immigrants – after Arizonans fleeing the heat of Phoenix and Tucson, Californians are Prescott’s second biggest source of population growth.

And the Tri-City area is naturally beautifully, surrounded by national forests, with view sheds of nearby mountains and open plains, including Watson Lake and Granite dells, with their characteristic red rock. 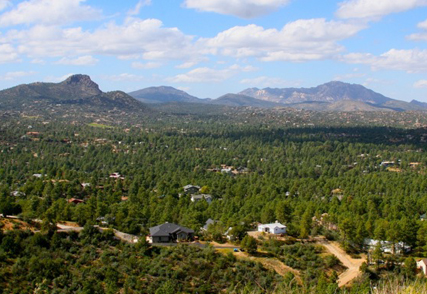 Great climate, low crime rates and affordable housing are just a few of the reasons folks flock to the hills of Prescott to build a home, retire or raise their children. Known as “Everybody’s Hometown,” there is something here for everyone. 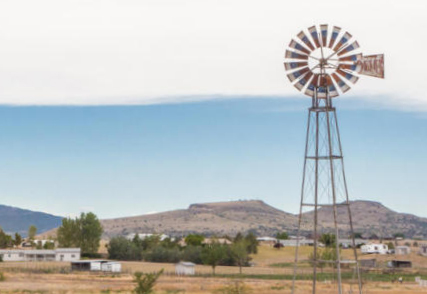 Chino Valley is extremely attractive to retirees, due to its climate – a year-round average of 72 degrees – and picturesque setting.  Affordable housing and recreational opportunities are abundant and a local community college also serves residents. 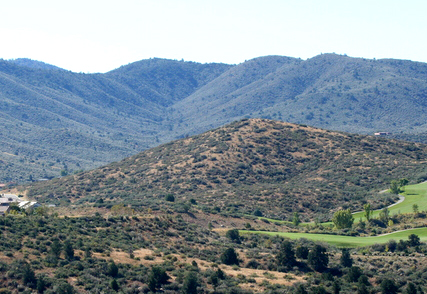 Prescott Valley is a magnet for those seeking the natural beauty of Arizona, affordable housing, a peaceful lifestyle, and new opportunities. Similar to Prescott, temperatures range from highs of 50 degrees in the winter to the upper-80s in the summer.

In general, Arizona has always witnessed a huge growth rate and it is projected that this will not only continue, but increase. Futurists note that Arizona grew by 40 percent in the past decade and created more than 450,000 jobs at the same time — quite a feat in anyone’s book. Projections show Arizona becoming home to 8.2 million people by 2020, making it about the size of today’s Georgia, the nation’s 10th-largest state.

With increased growth, Arizona holds promises of increased amenities and a wider variety of lifestyle choices. Residents may choose to reside in a metropolitan area, settle down in a town located in Yavapai County, or even opt to live in Yavapai County and work in metropolitan Phoenix. More metropolitan Phoenix area residents than ever are heading to the hills in Prescott, Prescott Valley and Chino Valley where amenities range from affordable housing to peaceful retirement, and cooler climes to wide-open spaces. 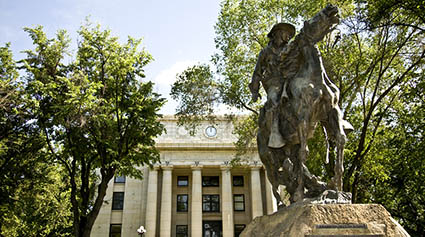 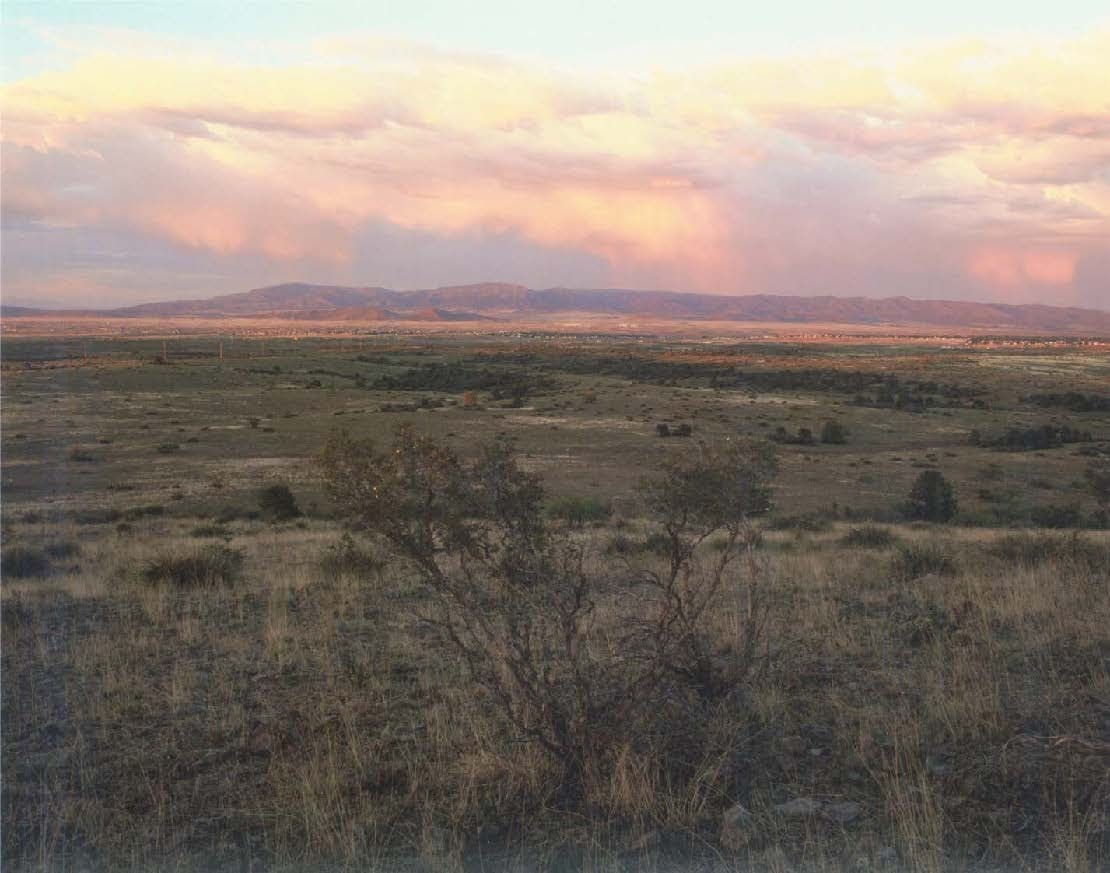